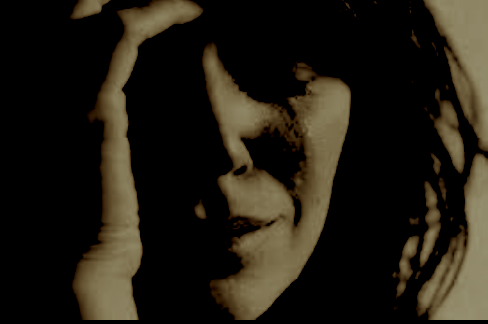 Emotional abuse can silently suck the vitality out of a relationship and demolish self worth.

Although all forms of physical, sexual, psychological and emotional abuse are interrelated, this article will focus on teasing out and understanding emotional abuse within intimate relationships. Physical abuses are forms of visible harm: cuts, broken bones, bruises, and less obviously physical raised voices and demeaning, hurtful words.

With emotional abuse a person’s spirit can be trampled without a hand or a voice being raised. It is easy to dismiss or downplay. Many don’t even realise that they are being emotionally abused, and when they do it’s a long and difficult task to not only repair the damage but also to persuade the abuser to recognise the harm done.

What is emotional abuse?

Emotional abuse is any behaviour or attitude that controls, intimidates, demeans, punishes or isolates another person by using humiliation, fear, neglect, dismissing or invalidating the victim’s thoughts, feelings and needs; either intentionally or not. To the abuser the victim of mistreatment ceases to be a ‘real person’ with his or her own separate right to exist freely and in peace.

The target of this type of ill treatment is an object to be manipulated, controlled, criticised, blamed and made to feel morally inferior. The perpetrator, instead of dealing effectively with a voice of healthy protest with normal relationship hurts and dissatisfactions, feels personally affronted by real or perceived relationship issues and may seek revenge and moral superiority as a way of saving face. Bullying, insults, threats and intimidation are all forms of mistreatment.

Examples of emotional abuse include negative psychological feedback loops in relationships. One example of this is when one or sometimes both parties make a case against the other like lawyers in a court. Going through endless increasingly escalating debates on a topic trying to gain a one up position on the other. Emotional abuse may also take the form of withholding love, controlling money, sarcasm. A put-down such as ‘you’re too soft on the kids’ can cut to the core of a persons self worth because it somehow conveys to the victim that he/she is somehow defective or inferior.

Absolutism as a thinking or communication style is an indication of emotional abuse as in terms such as ‘always’ and ‘never’. For example “You’re always late”, or ‘You’ll never see the kids again’. Absolutism is strongly correlated with reactive or angry depression in those who use this type of language.

Gaslighting is another form of manipulation that seeks to make someone question his or her own sanity, perceptions and memory as in ‘You’re paranoid’, ‘ You’re too intense’ or a hurtful comment that can be reframed as ‘Are you crazy’ or ‘You can’t take a joke.’

There is an important distinction between experiencing or inflicting emotional hurt and being emotionally abusive. Abuse is a cycle. It is not a once in a while event that happens and hurts someone else. Many hurts inflicted are unintentional and, even if they were meant, remorse and amends on the part of the person who inflicted that hurt can help to repair the rupture once things have cooled down. In such cases the hurt inflicted may be a signal to address a problem in the relationship. This means that both parties are open to hearing and understanding another’s position.

With emotional abuse this doesn’t happen. Sometimes during the so called ‘hearts and flowers’ cycle there can be apologies and promises to not repeat the behaviour and that things will change for the better. Both parties often desperately hope that this will continue but secretly know that this phase of remorse will soon disappear as old routines of abuse return.

At the heart of emotional abuse is the need to be in control, to take the moral high ground and ultimately to offset unbearable often unconscious feelings of shame. The abuser may be kind and generous at times but this can be a compensatory mechanism to offset guilt, shame and fear of losing the relationship. Abusers secretly feel inadequate and harbour distorted beliefs about other people and themselves. The motivations of others can’t be trusted and are strongly judged. This kind of behaviour is a pattern and is often learned and practiced and repeated in the early culture and family of the abuser.

An abusive person who violates the relationship is ‘self referenced’ which means that they can only see things from their own point of view and deliberately refuse or struggle to see the perspective of others. Time and again the abuser morally justifies their position by perceiving the other as disappointing them in some way thereby maintaining superiority. Emotional abusers secretly feel defective even though they may appear to be confident and in control in other spheres of their lives. Many emotionally abusive people are unable to look at and examine the spirit-killing behaviour that they inflict on the other person.

When we get into a relationship we agree to relate. This means in general to be relational as in kind, thoughtful, caring, fun and compassionate. We know that human beings aren’t perfect but in healthy relationships people use a voice of healthy protest to let others know how they feel, not abuse.

Although both men and women can be emotionally abusive, women tend to be more vulnerable to it because men often find their identity though work, sport and academic achievement whereas women’s identity tends towards relationships. This is a generalisation but these inclinations may persist in partnerships. Common characteristics of emotionally abused people are that they often feel they have to ‘walk on eggshells’, that they don’t enjoy sex with their partner, and that they have to keep secrets because of a fear of retaliation or attack and they feel controlled. Emotional abuse was incorporated into the Domestic Violence Act (1996) because damage to victims was identified.

Clear evidence in brain scans emerges as primitive fight/flight responses are activated in response to fear generated by the stress in emotionally abusive relationships. During this response harmful elevated levels of stress hormones are released. These are linked to cognitive impairments, immune suppression and increased likelihood of disease such as heart, stroke, diabetes and cancer. They also include problems with understanding and processing information, low self-worth, the ability to form healthy relationships and other drug and alcohol problems.

Chronic and consistent stress debilitates and in some cases kills.

Skills to understand emotional abuse, its sub conscious causes, and to modify and improve communication can be embraced, practiced and learned by all parties. As Eleanor Roosevelt famously said ‘No one can make you feel inferior without your consent’. This is where the journey out of the life of quiet desperation begins.

Talking to a caring professional can be an important step on the journey to healing and wholeness.

Coping with stress Emotionally flooded people are swamped by dreadful out of control feelings During  Covid 19, people’s stress levels have gone up and in many cases, couples and families have been forced to spend Read more…

The House of Wellbeing, by Monique Chasteau

Te Whare Tapa Wha – The House of Wellbeing This model of wellbeing draws from the wisdom of our indigenous Maori. It was conceptualised by psychiatrist Mason Durie and translates as ‘the house of wellbeing’. Read more…

Hanging on in Quiet Desperation, by Monique Chasteau

When Covid-19 hit us, many of us were thrown into unusually close situations, with family. Stuck in close quarters with one another, there was nothing much to distract us from new and  already existing tensions  Read more…